My wife and I have finally completed our Concert Bucket List! 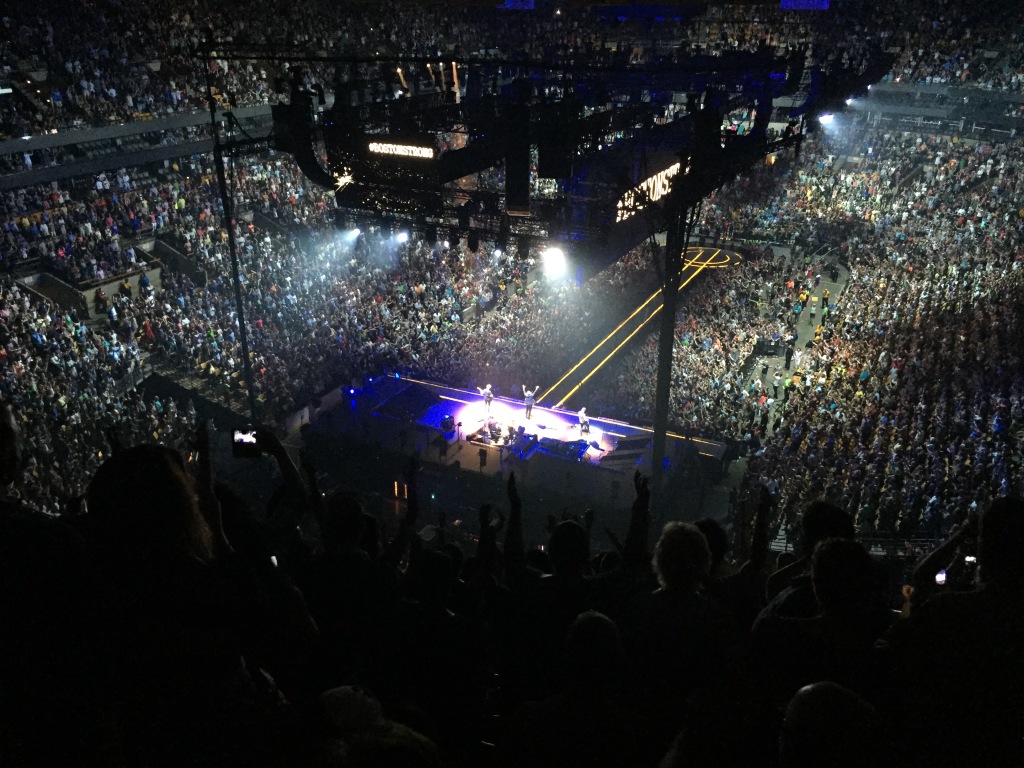 There were three bands/artists that my wife and I have always wanted to see in concert — U2, Coldplay, and Jamie Cullum (no relation to my knowledge). A couple years ago, we got went to see Jamie Cullum with some friends. It was so good and fun! Then a bit later, we were graciously offered free tickets to see Coldplay in Boston. We had looked into getting tickets ourselves, but it was too expensive. Then seemingly out of nowhere, a family from our church calls up and offers us two tickets the day of the concert. It was a really great show, and we will always remember it.

A couple weeks ago, we had the ability to finally see a U2 concert. The tickets were a bit more than we were used to paying, but they weren’t ridiculous, so we decided to go for it. We were very pleased with the show! And I use the term show very seriously, as it was more than just a random set of songs — it was a production with a (loose) narrative.

The show was a part of their “Innocence + Experience” tour. We initially did not understand the name, except for the connection to their latest album entitled “Songs of Innocence.” As soon as they nonchalantly came on stage, we realized we were in store for more than just a concert. Bono and his band were ready to take us on a journey through his childhood, intermixing a positive message of faith and passion to make this world a better place.

We were also blown away by the simple yet impressive visual effects that enhanced the great music. There were no amazing pyrotechnics or rotating drum sets. Instead, they utilized lights and huge video screens to aid their storytelling in such a way that did not take away from the music itself.

And yes, the music was fantastic! It was incredibly loud in the TD Garden, but the music sounded just as good as it does on the recordings. It is hard to argue that U2 is truly a talented band, even if you are not a fan. Due to Bono’s recent bike accident, he was unable to play guitar, but I do not think it mattered in the long run. However, during “All I Want is You,” he brought up a fan from the audience to play acoustic along with them. (That must have been so cool for her!!)

Wow, we finally saw a U2 show! And for now, we can rest easy knowing that we have been blessed to see all the bands we really want to see. Although, as you and I both know, that may change next year, next month, or even tomorrow if I hear a new band that really knocks my socks off.

I’ll close with a few photos of the concert, but before I do that, I want to know who is on your “concert bucket list?” Let me know in the comments. Also, what have been some of your favorite concerts? Maybe there is one you would recommend adding to my list.

(FYI, for my friends on Facebook, there even more photos there.)

One thought on “Concert Bucket List Complete (For Now)”