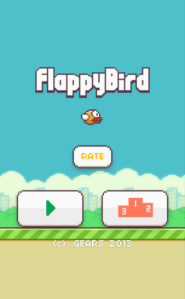 Flappy Bird. Other than the Olympics, this has probably been one of the biggest topics of discussion in recent weeks. On the surface, it looked like any other mobile game — you control a bird’s flight by tapping on the screen, helping him to fly through pipes. Seems simple, right? It seems that a ton of people thought it was so simple they would try it. Then they tried to beat their high score. Then they tried to beat their friends’ high scores. Then they were addicted. The game soared (pun mostly intended) to the top of the charts. People were playing it all the time. Our youth group played every chance they got in between lessons and small groups (and sometimes during). Adults were playing it at work. The frustration levels arose, and the addiction became overwhelming. To whom? No, not the players. The addiction became overwhelming to the game’s creator, 29-year-old Dong Nguyen.

Right before he pulled the game from the mobile stores on February 9, he tweeted a couple things:

After reading back through a ton of his tweets, I realized one big thing. His life took a huge turn once this game hit the charts. In fact, he hardly ever tweeted before, but after it got in the top 10, it seems like all he did was respond to people’s tweets. Many of them were great, but a large number were nasty and mean. There were even death and suicide threats. Yes, they were probably just joking, but still, I think you can see how he might have gotten overwhelmed by all of this. 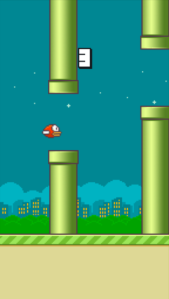 Nguyen then told Forbes, in an exclusive interview on February 11, “Flappy Bird was designed to play in a few minutes when you are relaxed, but it happened to become an addictive product. I think it has become a problem. To solve that problem, it’s best to take down Flappy Bird. It’s gone forever.”

I am not here to add any insightful news into why exactly Nguyen took down this game. What I do want to discuss is that I kind of understand where he is coming from. As many of you know, I had a video that became “viral” last summer. It was a silly video that I took while on a flight home that I never really thought would take off (another pun mostly intended), but after a few days, I was getting email after phone call after tweet after Facebook message about this video. The press wanted to do interviews, the cable companies wanted to use the video, and, of course, there were a ton of haters along the way too. Before long, I felt incredibly overwhelmed by the popularity and attention gained from this video.

It is ridiculous how fast things can get out of your hands. Before I knew it, my video was everywhere, and so many people were talking about it in both positive and negative ways. I am certain this is something Nguyen experienced, but on a grander scale. This game that he made, probably in his bedroom, in just a few days had blown up to something much larger than he ever imagined. Not only did he get a lot of positive publicity, which I’m sure helped generate revenue for his game, he also experienced the negative impact of large-scale popularity.

A few months after my video went live, I talked about it with our high school youth group one Sunday evening. We were discussing how many people today strive for popularity; they want to be famous. I shared that my limited experience with it taught me a lot. I shared that I do not wish fame upon anyone. Many were shocked by this statement. Yes, there are a ton of famous people who enjoy it, but I can say from personal experience that it is not as glamorous as it seems. One day, my wife and I realized that we hadn’t eaten anything all day long, because we were in one interview after another. It was a ton of work to keep up all the appointments, manage comments, not let the negativity get to you, and still do your normal routine and job. While I have never talked with Nguyen myself, I can only assume this is what he experienced, and this is probably what he meant when he said, “Please give me peace,” “It ruins my simple life,” and “I cannot take it anymore.” I had similar thoughts myself. 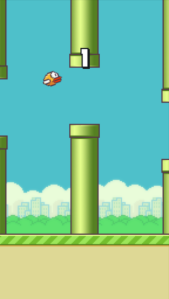 Something else I learned during that whole process was how tempting it is try and escape from the chaos. We even got to where we were struggling to sleep at night due to our anxiety. At one point, my wife and I told each other how we understand why some celebrities turn to drugs and alcohol. While it was never something we did, we could begin to see how others might see that as a way to turn everything off and just be. The recent death of actor Philip Seymour Hoffman reminded me of that again. His apparent drug overdose was only part of his constant struggle with drug and alcohol addiction. In the midst of all the attention, I now know for a fact that there are times when you just want to escape and wish you could just go back to how things were before. For many, this is incredibly hard, so they begin looking for ways to cope.

Like I said, I have not personally talked with Dong Nguyen. I don’t even know him, nor will I probably ever know him. What I do think I know is a bit of what he went through. Granted, my experience was on a much much smaller scale. Most people have forgotten about my video by now. But what I experienced in that short time was enough to open my eyes. Honestly, that’s all I planned to say today — that I might know a little bit of why he feels like this.

I do want to close with a quick note to anyone out there who feels like life is out of control. Perhaps you are a celebrity and face this sort of thing day after day. Maybe you’re a middle school student who is just overwhelmed with school, clubs, and all the other junk that goes on every day as a teenager in our world. Others of you might be single-parents who don’t know how to balance raising your kids, working a job, and maintaining your home. My guess is that you all struggle a bit with the feeling of being overwhelmed by life. So, I want to share something that has always helped me, especially when I felt it last summer. There is a God who loves you, unconditionally, and He wants to have a relationship with you. That’s all that matters! In the middle of all the chaos of life, the negative comments, the busyness of trying to keep up, the pressure to succeed, and the feelings of loneliness, there is a God who has never given up on you. That is who I leaned upon through my struggles, and He is who I lean upon every day. My prayer is that He would make Himself known to you and you would begin to know what it is like to hand your problems over to the One who provides peace.

“I have told you these things, so that in me you may have peace. In this world you will have trouble. But take heart! I have overcome the world.” (John 16:33 NIV)

“Do not be anxious about anything, but in every situation, by prayer and petition, with thanksgiving, present your requests to God. And the peace of God, which transcends all understanding, will guard your hearts and your minds in Christ Jesus.” (Philippians 4:6-7 NIV)

The Lord gives strength to his people; the Lord blesses his people with peace. (Psalm 29:11 NIV).