Back from Los Angeles 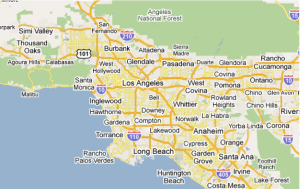 I just wanted to write a quick blog post to let you know that we are back from our vacation in Los Angeles.  We were able to see a lot, and we had a great time.  Expect photos and videos to be posted soon to Facebook and YouTube.  But until then, I’ll do my best to list the major things that we did.

All in all, it was a great and relaxing vacation!  When it was all said and done, we were ready to head back home, which I think is the mark of a good trip.  There were so many more things to do, but it will have to wait until next time.

For those wondering, we did not get to do our service project, because the place we were going to serve required you to have closed-toe shoes, and Yvette didn’t have any (and we couldn’t find any cheap enough in the shops).  Next time, we’re just planning on doing twice as much to make up for this one.

2 thoughts on “Back from Los Angeles”